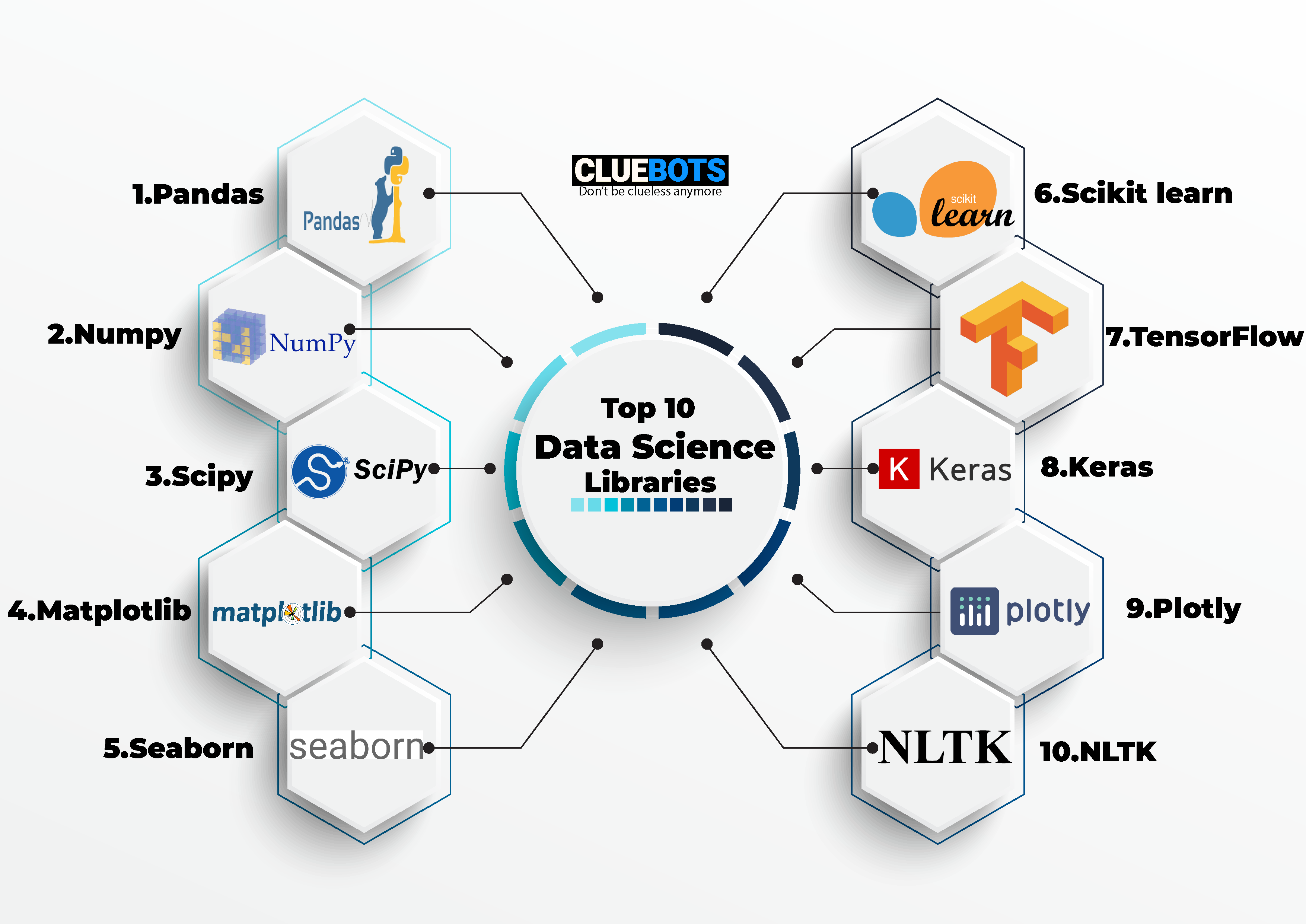 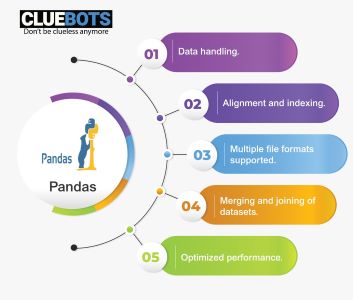 Pandas is a python based library that is used for data analysis and also supports multiple data structures including series and data frames which help in managing data sets and time series. It is an open source library and is one of the most commonly accepted machine learning libraries in the world. 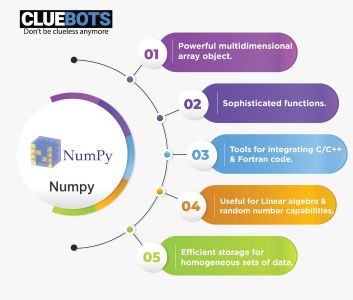 NumPy stands for Numerical Python, is a library which helps in scientific computing in Python. It supports high-performance multidimensional array object and multiple tools for operating with the arrays. Numpy is also used for Mathematical and logical operations to be carried out on arrays. 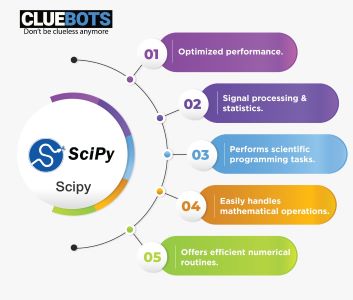 Scipy stands for scientific python, is a library that uses NumPy for various mathematical functions. SciPy uses NumPy arrays as the basic data structure, and are provided with components for various commonly used operations in scientific programming. All of the functions provided by the SciPy are properly recorded so it is simple to use. 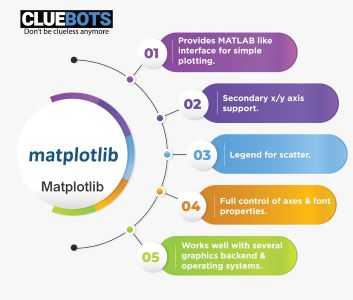 Matplotlib is a plotting library that is used for creating static and interactive visualizations in Machine learning. Matplotlib can be used in Python scripts and web application servers etc.  Matplotlib consists of several plots like line, bar, scatter and histogram etc. 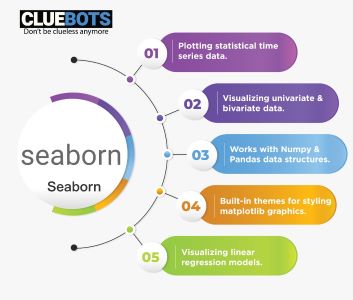 Seaborn is a Python based library based on matplotlib used for data visualization. It is used for a high-level interface in drawing appealing and enlightening statistical graphics. The main purpose of Seaborn is to make visualization an important part of exploring and comprehending data. 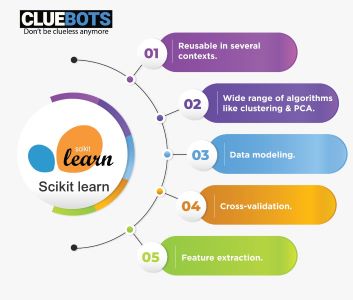 Scikit-learn is a free machine learning library in Python that provides many unsupervised and supervised learning algorithms. It consists of many different algorithms like support vector machine, random forests, and k-neighbours. Sklearn helps in building machine learning models. 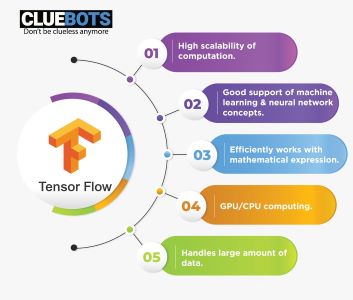 TensorFlow is an open source library used in data science and machine learning. It has a inclusive, adaptable ecosystem of tools, libraries and community resources that can be used in ML powered applications. TensorFlow also helps in dataflow and differentiable programming across various tasks. 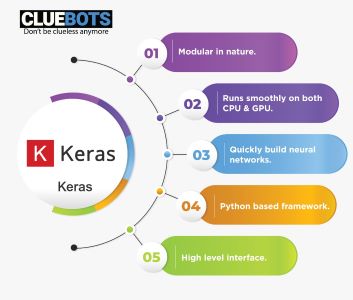 Keras is a high-level neural networks library which generally runs above the TensorFlow, CNTK, and Theano. It has great services for compiling models, processing datasets and visualizing graphs etc. Keras focuses on allowing fast experimentation. Keras is written in Python code which is easy to debug and allows ease for extensibility. 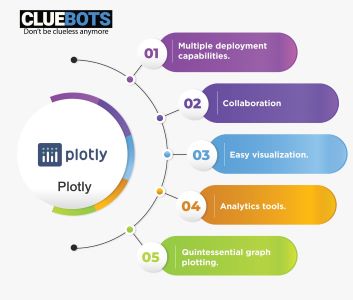 Plotly is a python based library that builds communal and high quality graphs. Plotly is a web-based graphing and analytics platform. Plotly helps users to copy and paste and stream data to be analyzed and visualized. 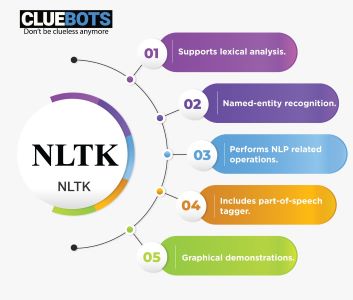 NLTK stands for Natural Language Toolkit, is a Python library written for working and modeling text. It consists of excellent tools for loading and cleansing operations that is performed to get the data ready for performing with machine learning algorithms. NLTK also is not at all complicated, easily understandable and simple to learn.